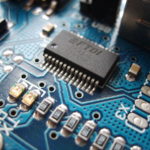 With respect to a Lone Electron universe, let’s consider…ACCELERATION/DECELERATION: None. The same argument applies as with velocity.ARROW OF TIME: If there is no time experienced by the Lone Electron, then there can be no arrow of time either. In short, the Lone Electron has no experience of a past, present, or future.CHARGE: Yes, the electron has a charge of minus one or in other words a negative charge of one unit. However, in order for charge to be meaningful, it has to be acting with or against another charge of which there is none. So, does our Lone Electron have charge in this context or doesn’t it?COLOUR: An electron is colourless. In any event you need photons, electromagnetic energy, light waves, to transmit (wavelength and frequency) what we (our brains) interpret as colour. Our drab, bland, colourless Lone Electron has no photons to transmit any information about itself, and there are no eyeballs and brains to interpret that information in any event.ELECTROMAGNETISM: The electron is most associated with electromagnetism and the electromagnetic force. The associated force particle is the photon and electrons can absorb and emit photons (absorb and emit energy). However, in this scenario, there are no photons, so therefore there is no electromagnetic force. In any event, a force is only a meaningful concept if there are two of more particles involved, since, if you are the sum total of things, you can’t give off or receive a force.ENTROPY: Entropy is a statistical concept where over time, left to themselves, things tend to go from an ordered state to a disordered state, like before-and-after pictures of a wild party. One electron does not make for statistical analysis, so the electron’s state of order or disorder is what it is. It doesn’t increase nor decrease. In fact it’s rather meaningless to philosophize over it.

EQUILIBRIUM: The Lone Electron is in a state of equilibrium with respect to its surroundings. It could hardly be otherwise since there are no other surroundings except nothingness.EXISTENCE: Yes, it would be incorrect to say our Lone Electron didn’t exist. However, there’s nothing else around it to verify that existence or give any meaning to it.GRAVITY: Since the electron has mass, it must have gravity. However, gravity only has real meaning between two (or more) objects with mass, like the Earth – Moon – Sun trilogy; or, in the most traditional of traditional scenarios, the Earth – falling apple scenario that, according to mythology, inspired Isaac Newton. So, in the Lone Electron scenario, it’s pretty meaningless to talk about gravity. In fact it might be meaningless to talk about gravity since gravity is equivalent to acceleration as shown by Einstein. Acceleration implies motion or velocity which in the context of a one electron universe is meaningless. Further, the (hypothetical) particle associated with gravity, the graviton, would be conspicuous by its absence in this Lone Electron thought experiment.MASS: Yes, the electron has mass. However, it’s yet another particle, known as the Higgs Boson that gives particles with mass, their mass. The Lone Electron has no Higgs Bosons around to give it muscle.MOMENTUM: None. The same argument applies as with velocity.PHASE: There is no phase. One electron does not a solid, liquid, gas or plasma make. An electron, all by its little lonesome, cannot undergo any phase change, like say from a liquid to a solid.SENSE OF IDENTITY: Our Lone Electron doesn’t have a sense of self-awareness since it isn’t conscious and in any event it has nothing else around it to provide a contrast to itself.SPACE: Since the Lone Electron exists in this universe, it has to exist in some sort of realm, a concept we call space. However, space is not a thing, and the electron is, so while the two share a common existence, its all apples and oranges.SPIN: Our electron will either be spin-up or spin-down. However, orientation, as with velocity, is always with respect to something else. If you removed all of the rest of the Universe (stars, planets, constellations, the Sun, etc.) just leaving the Earth, well the labels North and South Pole become meaningless. There no longer is anything that’s up or down or sideways that one can orient the Earth’s axis to. We know north because that’s where the North Star is located. No North Star. We know south because the Southern Cross is overhead. No Southern Cross. A compass isn’t any help because it’s only an arbitrary convention what we call north and south and in any event the compass is an example of that ‘something else’.STRONG NUCLEAR FORCE: The strong nuclear force only applies in keeping an atomic nucleus together. Protons, with a positive charge, would like to repel each other. That they are held in check – confined to quarters – is due to the strong nuclear force. There is no atomic nucleus in a one electron universe, therefore there’s no strong nuclear force.TIME: An electron is a fundamental particle, a basic building block. It doesn’t change any spots and there’s nothing else around to cause the electron’s spots to change or to ‘witness’ change. No change means the concept of time is meaningless, so therefore, no time unit need apply here for a job.

VELOCITY: No, the concept of velocity is meaningless in this context. Velocity only has meaning when measured relative or compared to something else. If you drive along at sixty miles per hour, that’s relative to the landscape you are driving past, like the surface of the road. The Lone Electron has no landscape for its velocity to be measured against.WEAK NUCLEAR FORCE: The weak nuclear force governs radioactivity, or the decay of unstable atomic nuclei into more stable forms. One type of radioactivity (Beta decay) can emit an electron, but in the absence of any nuclei, unstable or otherwise, our Lone Electron has no connection with the weak nuclear force since in this, our electron’s universe, there ain’t no such critter.So we see how much more meaningful it is to have more than one item per universe. Fortunately, our Universe satisfies that criteria. But the real interesting bit, at least from a philosopher’s point of view, is how some of our most take-it-for-granted concepts that form our worldview, disappear or have no meaning when applied to just one entity. It’s impossible for us to imagine a worldview without there being time, the arrow of time (past, present, and future) or entropy. It’s impossible for us to imagine a worldview without mass or gravity. It’s impossible for us to imagine a worldview without motion. Yet it is entirely possible to imagine a Lone Electron universe where exactly that worldview has to apply!