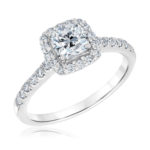 Shopping for Inexpensive Yet Brilliant PiecesHistory of Beaded JewelryBeads have been used to create jewelry and adorn costumes since the dawn of time. If you were to look back on the Ice Age you would discover small objects crafted of natural “beads” including animal bones and teeth, seashells and colorful stones. These items were usually attached to clothing or plant fibers to form the most primitive forms of beaded jewelry.Beaded jewelry symbolizes many different things for different people; different cultures have associated beads with varying spiritual beliefs, cultural customs and social traditions. Beads, like many other jewelry items, have been used throughout time to adorn the bodies of men and women alike, signifying power, beauty and the human spirit.The very first actual “beads” that have been discovered date back to approximately 38,000 BC. Made by cavemen, these beads were crafted from animal parts. In later times, beads were crafted as symbols of fertility and animal spirits.During the stone age, beads were crafted primarily as a means of adorning the body; they were also used for trading on occasion however. A couple thousand years later, beads were crafted out of coral and other “precious” substances. In ancient Greece there is evidence that carnelian beads and beads made of lapis lazuli were worn by wealthy members of society. The use of semi-precious stone beads began to become more popular about 2800 BC among the Syrians, who fashioned beads of materials like agate and serpentine.Since that time beaded jewelry has become more and more valuable and popular. Gold and other semi-precious stones are often used to craft beaded jewelry.Perhaps the most popular form of beaded jewelry is glass jewelry. Evidence of the first glass beads suggests that glassmaking was common in Mesopotamia around 2180 BC. Glass beads were popular then and are popular now in part because of their durability and inexpensive pricing. The Egyptian and Phoenician cultures are well known for their use of glass to make beaded jewelry. Beaded jewelry was commonly found buried with wealthy pharaohs in the ancient tombs of Egypt, though it was not uncommon for glass beads to be buried with poor families as well.

In modern times beaded jewelry is popular because of its versatility and diversity. Beads can be crafted from almost any material including the following:
Coral/seashells
Gemstones
Glass
Rock Crystal
Gold
Silver
Stone
Pearls
Beads can even be crafted out of plastic (though this is of course less lovely than some other more traditional options). Though in times of old beads served as symbols of status, wealth and heritage, today beaded jewelry is more much representative of a persons unique style preferences and personality. Beaded jewelry can be custom made in almost any style, using any type of chain and any type/combination of beads.Beaded jewelry is just as popular today, if not more popular than it was in ancient Egyptian and Mesopotamian times. Buying online is easy, and perhaps the best option for bead savvy and not so savvy consumers alike. Buying online eliminates the hassle of traveling from store to store, which can take days or more to find the right beads or beaded jewelry. By shopping online, you have literally tens of thousands of unique selections to choose from. Though no longer traded for food, modern jewelry enthusiasts often engage in bead trading for fun and camaraderie.Costume JewelryCostume jewelry is sometimes referred to as “fake jewelry” by some well meaning but unknowing individuals. Costume jewelry is crafted from among other items, rhinestones, glass stones and gold plated metal or sterling silver. Costume jewelry first surfaced in the United States around the early twenties; it was very popular among European immigrants that settled into the states during this time. Movie stars and common folk alike wore costume jewelry that was carefully crafted and ornamentally designed.Costume jewelry, particularly antique pieces, are well worth their weight in gold. Many hand crafted pieces can fetch thousands of dollars on the open market. There are some designers that are more well known than others in the world of costume jewelry:
Napier
Nettie Rosenstein
Ciner
Hattie Carnegie
Miriam Haskell
Even celebrities currently invest thousands of dollars on costume jewelry every year. Because unique pieces are harder to come buy and rarely mass produced anymore, some pieces created in the early 30s to late 40s can be hard to find. More common are pieces that were created in the 1960s or later. Costume jewelry is fun in part because the wearer is at liberty to make a bold statement. Not modest, most costume jewelry shouts out “here I am, look at me!” An excellent choice for the bold and daring, costume jewelry can be a wonderful accessory to just about any wardrobe.Costume jewelry collecting has even become a favorite pastime among many jewelry enthusiasts, much like beaded jewelry trading and collecting. The appeal of both of these styles is their uniqueness and diversity. Though in some instances hard to find, costume jewelry can be easily explored via online shopping. When buying online, be sure to have in mind a price range and style before shopping. The selection available online might leave you a bit overwhelmed.

If you collect costume jewelry, you might be wondering just how much it is worth. Just as there are popular designers for look and feel, some designers work is more valuable than others, including:
Ciner
Marel Boucher
Eisenberg
Hobe
Kramer
Vogue
Hollycraft
Monet
Coro
Kenneth J. Lane
These precious gems are often marked when crafted.Cubic Zirconia JewelryCubic zirconia jewelry has to be among the most popular inexpensive “knock off” jewelry items to buy. Part of the appeal of cubic zirconia jewelry is its remarkable ability to look exactly like real diamond jewelry. Most cubic zirconia is hard to distinguish from its natural cousins.The widespread use of cubic zirconia became popularized around the 1980s, when it first became mass produced. It is created through a chemical process that combines zirconium oxide and yttrium oxide, which when melted together form a radiant and shiny crystal resembling a natural diamond.Most cubic zirconia jewelry is very durable, brilliant and long lasting. Some people have to look at a cubic zirconia under a powerful magnifying glass to distinguish it from a real diamond, a testament to its quality and aesthetic appeal. If you are looking for a clear, brilliant and inexpensive option to traditional diamond jewelry, don’t hesitate to shop a wide selection of cubic zirconia jewelry. Buying online provides the most advantages, because there is a wider selection and you have the ability to customize your pieces with the click of a button.