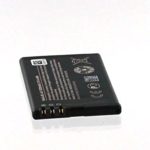 Mobile phone has become a part of our every day life. Now even small children use mobile phones a lot and know how to operate it well. They are aware of the various options in it (even more than parents at times). Mobile phones – especially smart phones- have become the most used technology of adults too in this technology oriented generation because of the various applications it serve. The main part of a mobile is its battery as without it the mobile phone cannot derive energy to work. Hence Mobile batteries manufacturers are becoming numerous day by day. Let us try to understand the necessity of buying a genuine mobile phone battery from the right manufacturer in this article.

What is a battery?

Battery is the device used in circuits for energy management. Electric cars, smart phones, flashlights etc use batteries. Batteries are used so that the energy can be stored whenever a charging point is available and then used without the device being connected to a power source – the battery acts as a power source giving off the stored energy. These batteries are charged for storing energy and the stored energy gets released when connected to a circuit / when the devices in which they are used are turned on.

How does a battery work?

How does a mobile battery work?

Mobile batteries also work in the same way as told above. It consists of electrochemical cells & the reactions happening inside emit energy. The emitted energy is used to make the mobile phones work. Most of us switch off the phone only during night and many do not switch of mobile phones at all. In mobile phones almost all the time energy from the battery is used up -unless you switch the phones off – as certain background apps always work in phones. The mobile phones being used almost all the time demands the batteries to be more efficient. Hence the mobile battery technologies keep on developing and new ideas keep on getting integrated into the system.

Why you have to choose genuine batteries?

As discussed above; mobile phones are used during the entire day and they are charged mostly during the night. After a certain threshold if more ions are created in batteries because of extreme charging then there is a chance that the mobile phone catches fire. Now a day we are seeing many reports telling that mobile phones caught fire and injured people using them. Hence the batteries have to be designed in such a way that the chemical reactions happen more during the initial time of charging process and then they do it slowly generating lesser amount of ions towards the end. Otherwise more ions will cause even more ions and then the mobile will capture fire!

You can keep yourself at one hand distance from such risks involved by buying batteries from Genuine Mobile Phone Batteries supplier. Buying batteries online is also possible. There are many online stores that help you in the same. But make sure that the quality of the battery is guaranteed before using them in your device. Your safety is more important than money. Invest well in batteries as they determine the longevity of your device and safety of yourselves & loved ones.