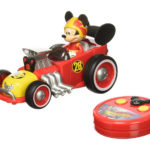 Have you looked online for cat toys and quickly came to realize there are many types to choose from?There are interactive toys, battery operated electronic toys and the traditional balls and mice.What are these toys?Let’s try to explain a few of the different types to help you find the right toy for your cat. First we’ll take interactive. This is the type of toy that allows you and your cat to play together. Playing with your cat helps to create a bond and your cat learns that you are a fun person that likes to play. Every cat is unique and has its own personality. Cats in general love to play but each cat will have a difference in his or her choice of toy. Things that jiggle and move are ever so enticing to them. For example, a toy attached to a string is an interactive toy and often referred to as a pole toy. You hold the pole and wiggle it on the floor or in the air for your cat to jump for and chase. The object of the game (for the cat) is for the cat to catch the toy and the object of the game for you is to encourage the cat to try and get the toy. When playing this game it is important to allow the cat catch the toy at times. If your cat chases the toy but is unable to catch it, they’ll eventually lose interest in the game. Let your cat stalk and grab the toy frequently to keep the game interesting to your kitty. Your fur baby quickly learns that this is fun because he or she can get their prey. Cats have a natural hunting instinct and this type of game is so much fun for them. You’ll have a million laughs watching the techniques that your kitty applies to try and get that toy!

Electronic toys are modern inventions aimed at keeping your kitty busy without your intervention. They usually are operated by electricity or batteries. One example would be the Mouse in the House toy. It runs on electricity and can be set to start up at a certain time. Let’s say you leave for work early in the morning, your cat will probably have a nap and awaken mid morning looking for something to do. You could have it set to start up a few hours after you leave and the sound will attract the attention of your cat. A little mouse moves around different obstacles before disappearing in his house. Your cat will attempt to grab the mouse while it’s moving toward his house. This toy will have the mouse run in and out of his house several times before turning itself off. Kitty has had their little game of hunting and returns to napping. Kitty has now had some exercise between naps. Exercise is a good thing to help keep your cat happy and healthy.Battery operated toys include yet another type of toy that can be considered interactive. An example is the laser toy. It’s merely a tiny flashlight with a powerful red led inside operating on batteries. Basically, this toy emits a red dot. Move the dot around on the floor and most cats will go crazy chasing it. Your cat will not tire of trying to catch it. There are many cat toys that operate on batteries which allows your cat to attempt to get a moving object. The only requirement for battery operated toys is, of coarse, the batteries and remembering to turn the toy off when playtime finishes.Relatively new on the market are solar operated toys. These toys require direct sunlight to make the moving parts entice your kitty. They never need batteries and turn on or come to life automatically as sunlight appears on the toy. They work best in a window that gets direct sunlight for a good portion of the day.

There are also the traditional toys such as balls and mice. Lets take mouse toys for example, the possibilities are endless. Some are enhanced with catnip, some rattle, some come in bright colors and others have a realistic look to them. You’ll find mice adorned with feathers, leather tails, felt ears and beaded eyes and even some with bells on their tails. They come in a variety of sizes from tiny to jumbo. The mouse toy is as original as cats themselves and we haven’t found a cat yet that doesn’t like them.If you’re bringing a new kitty into your home, try different types of toys to learn which types he or she prefers to play with. Exercise is very important to the health and well being of your kitty. Encouraging your cat to play helps to keep him or her happy and healthy. We hope that we’ve given you some helpful information on some of the different types of cat toys to better choose the right toy for your cat.